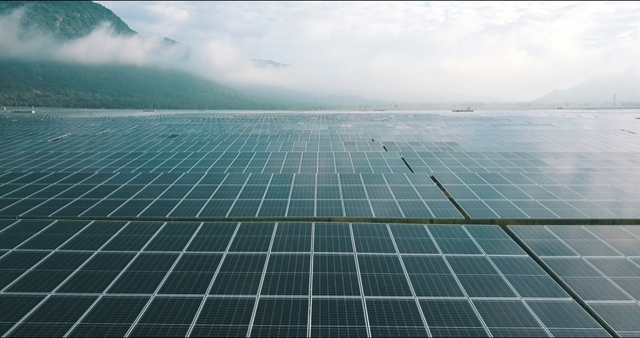 In a draft decision by the Ministry of Industry and Trade (MoIT) recently submitted to Prime Minister Nguyễn Xuân Phúc for consideration, the FiT will change for different types of technology as of this year.

Speaking with local media at the Energy Week 2019 which took place in Hà Nội on Tuesday, Deputy Director of the MoIT’s Renewable Energy Department Đỗ Đức Quân said the FiT is applied for a certain number of years in order to encourage renewable energy development in each period.

He said if the Prime Minister approved the MoIT’s new FiT programme, it will remain effective until December 31, 2021.

The new FiT rate is extremely important for Việt Nam’s renewable energy industry, challenging policymakers, Government ministries and agencies to head towards long-term research and assessing investment volume, which must harmonise benefits for all participants, ensuring the industry’s sustainable development.

To enjoy the Government’s price incentives, which ended on June 30 this year, the country witnessed nearly 90 solar power plants being put into operation with a total capacity of over 4,500MW in May and June, far exceeding the plan of only 850 MW of solar power in 2020 approved in the Power Development Master Plan VII (PDP VII), causing overloading on the national grid at certain distribution lines and at certain period of day time.

According to Nguyễn Đức Cường, Director of the National Load Dispatch Centre (EVN NLDC), investors have been made aware of the overloading in a public and transparent manner.

“We want to generate all power from renewable energy, because the price is high but it is still cheaper than thermal power sources,” Cường said.

We have put all efforts into ensuring solar plants are put into operation and add power to the national grid, however these plants have to reduce capacity due to the grid overload, which is something we did not expect,” Cường said.

Insiders say that the first thing that needs to be done immediately is to find solutions for power transmission projects. If the overloading lasts for too long, all participants, including investors and power purchasers, will be impacted.

In the future, it is necessary for the MoIT, local governments, investors and the Vietnam Electricity to work together to solve this problem, especially in terms of site clearance to accelerate the progress of transmission projects, thereby freeing up the capacity of the plants and supplementing the country’s electricity.

The MoIT has recently proposed the Government supplement the PDP VII, building power grid projects in the southern provinces of Bình Thuận and Ninh Thuận, which are the solar energy hubs of the country.

It’s expected that more projects will receive investment later this year and early next year.

The overloading of the grid is only one of the key challenges facing the Government and relevant ministries in building a sustainable renewal energy industry.

According to Nguyễn Anh Tuấn, Director of the Renewable Energy Centre under the Institute of Energy, there are many things that must be solved to speed up the development of renewable energy as the country faces exhaustion of natural resources such as coal, oil and gas.

He said Việt Nam has significant potential to develop renewable energy, including small hydro, wind power, solar power, biomass, biogas, municipal solid waste and geo-thermal electricity. The assessment for investment must be based on three pillars of theoretical, technological and economic potential.

“Understanding the potential and accurate assessment is relatively insufficient and the reliability is not high, leading to difficulties for the investors,” Tuấn said.

Tuấn said the biggest and most important challenge for renewable energy is production cost, which is still higher (without subsidy) than the traditional technologies used by coal, oil and gas industries.

“The evidence is in solar power. We previously set development goals but did not have a good buying price mechanism, making it difficult to develop the sector. But since 2017, the Government issued the FiT at a price of 9.35 cents per kWh, and we saw booming construction of solar power plants and selling power to the State,” Tuấn said.

“With other types of renewable technologies, if you have a reasonable electricity purchase policy, that ensures economic feasibility for investors, you will also see an increase in development,” Tuấn said.

In terms of technology, he said the development of infrastructure would be necessary. Most advanced technologies are currently imported, while the operation and supply service chains are not yet available.

“The technologies are very expensive, but it’s difficult for businesses to access capital sources. They can get investment capital from banks, however it is difficult for banks to assess the value and evaluate risks in renewable energy projects,” Tuấn said.